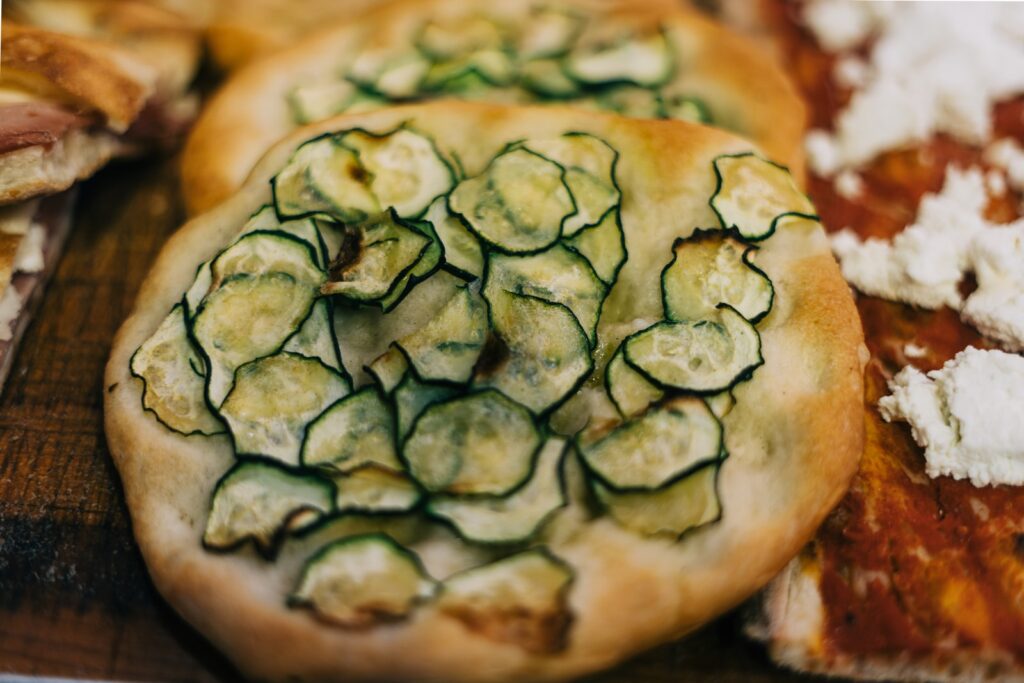 In those days, the main soul food was bread, porridge, fruits, vegetables, and nuts. For the upper classes, a variety of meat, and seafood including many types of fish, oysters, and even snails were served in the main course of the day as well as cheese with different herbs and spices.

There were 3 courses in the day. Breakfast was called “ientaculum” which was served in the break of dawn, usually light just to start the day. The most important meal for Romans was lunch or “cena” which grew larger in servings as the empire imported more different foods. Lastly, dinner “vesperna” was abandoned when the lunch meals were separated into 3 courses. “Cena” or lunch usually started after 2 pm after all business affairs were done and it lasted until the night.

As the Empire was expanding its borders, the emmer wheat was upgraded to the modern-day wheat with which our bread is made. Emmer wheat was a predecessor, which was more of a heavy texture and its color was dark. It remained an ingredient for bread loaves for the poor.

Bread loaves were made as there were classes. White bread was for the rich, darker bread was for the middle class and dark emmer bread for poor peasants. Round it was made in the beehive-shaped oven. There were also another two types of bread, panis artopicius (“pan bread”) cooked on top of a stove, and panis testustis (“pot bread”), baked in an earthenware vessel. Higher-class women didn’t like making bread. They usually had slaves to do their cooking. There were also bakeries available in major cities. The Roman kitchen was a separate room either with open roofs or in open spaces because the stove and oven were fuming from the wood branches or charcoal and needed ventilation.

The Higher-class family would eat the bread with wine, cheese, seasonings with honey or simply crumbled bread with milk and fruits/dry fruits or nuts (here comes cereal breakfast). The lower class or the poor only could eat the bread dipped in water, sometimes with a pinch of salt. Porridge was widely eaten as a breakfast as well.

In Ancient Rome, there were many varieties of fruits and veggies however it will surprise you that they didn’t have potatoes, tomatoes, and peppers on their menu until the New World was discovered.

On their table, usually portable ones since they changed a lot of courses, there can be seen celery, garlic, yellow squash, cabbage, kale, broccoli, lettuce, endive, onion, leek, asparagus, radishes, turnips, parsnips, carrots, beets, green peas, chard, chicory, green beans, cardoons, olives, and cucumber. Corn wasn’t a part of an Ancient Roman diet. To add to the bunch, there is evidence of dried peas, sweet peas, lupines, lentils, and fava beans were the basics in Roman cuisine.

From fruits, they used apples, pears, peaches, figs, grapes, quinces, citron, strawberries, blackberries, currants, damson plums, dates, melons, and pomegranates to mention just a few depicted on the mosaics. Orange and Lemon, on the other hand, were used especially for medical purposes, not as part of daily vitamin intake.

Romans didn’t eat butchers’ meat. They ate mostly, pork including sausages, game, and poultry, including ducks and geese. They ate fish more than meat and Mullet was the most expensive one on the market. Aquaculture was developed with big oysters, snail, and oak grub farms. Dormice were eaten and they were considered a delicacy, but it was more like a status symbol than anything. It was banned later since it is in a family of mice.

Garum was a popular fish sauce used in place of salt together with liquamen, muria, and allec. They were made in different qualities, from tuna, mullet, and sea bass. They have put this sauce on anything and everything.

Ginger, cumin, cardamon, cinnamon, and saffron were their spices.

Roman banquets were famous, even today we wonder why the upper class ate their lunch half laying down. They used only spoons and knives but unfortunately didn’t have forks. Using three fingers and putting a plate under your mouth was considered very sophisticated since the person was taking care not to spoil their ring and little finger while eating.

In all the Ancient Romans loved to have a good family or friends get together with plenty of food prepared by slaves.

“In vino veritas” is a famous Ancient Roman saying that means in wine is the Truth. They drank a lot of wine, but this wine was diluted with water before serving since it contained more alcohol. Apple cider was a popular drink too however beer wasn’t. It was a barbaric drink.

Here we are ending our story and tomorrow we will talk about what marriage looked like in Ancient Roman times.